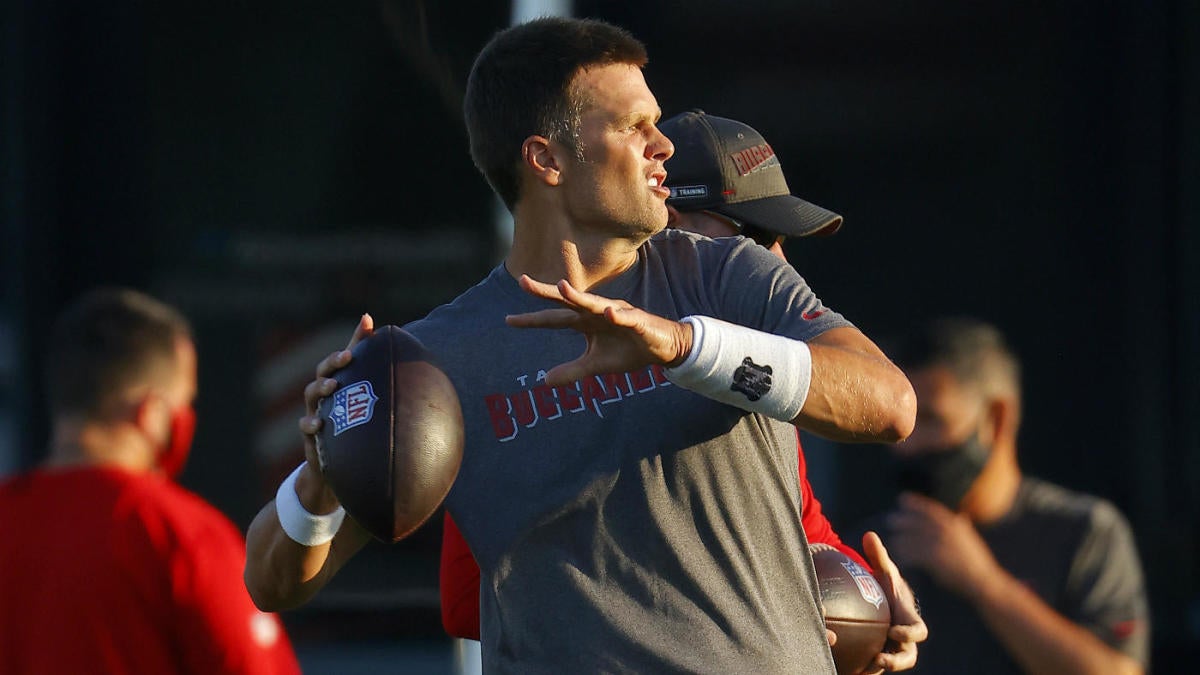 Watch Now:
Impact on Defenses From Players Opting Out
(1:25)

The Question of the Quarantined Quarterback has been floated around league circles for months. But it seems like, in the past week, every time an NFL head coach is asked about it on the record, they’ve already decided against it.

We are now almost two weeks into training camp with protocols in place and daily meetings happening across stadiums, and as far as I know, no team has come close to quarantining a quarterback.

Of course, this strategy doesn’t have to be deployed just yet, five weeks before the scheduled start of the regular season. But I don’t think it ever will. I believe there are two reasons for that, and they aren’t necessarily mutually exclusive.

The first, and most obvious one, is that the plan doesn’t really work in practice.

“What are you going to do? Have your starter quarantined and not take any first-team snaps all week?” one GM told me. “Or are you quarantining your third-string quarterback? I mean…”

The implication here is clear. If there’s a roster catastrophe where your starter at the most important position in American sport is sidelined for a game, and then his backup is too, and then you have to roll with a third-stringer (or elevate someone from the practice squad since some teams don’t carry three QBs on the 53-man roster), you’re not likely to win that week’s game. You basically went through a lot of trouble for nothing.

The quarantined quarterback, which I’ll refer to as the QQB, would participate in all the virtual meetings. He’d probably be sequestered at a nearby hotel, since staying at home with a family would possibly introduce him to COVID-19 and make the entire exercise pointless. And maybe the QQB would train and take reps at an off-site location. Think that’s worth it? I don’t.

Which teams will be impacted the most by opt outs? John Breech and Ryan Wilson join host Will Brinson on the Pick Six Podcast to break down that and more; listen below and be sure to subscribe for daily NFL goodness.

“The quarterbacks in particular are spread out way more than 6 feet,” first-year Browns coach Kevin Stefanski told reporters recently when asked about the idea of the QQB. “But every position, we have done that. I do not really want to single those guys out, which I know we all do, but every position, we are taking this very seriously in terms of adhering to the protocol and going beyond it. Certainly, those meeting rooms, we have four quarterbacks on our roster, and the meeting room they are in can fit way more than four players.”

Here’s the other reason you haven’t seen it happen yet. In this copycat league, no one wants to be first. Covering this league now for almost a decade, my gut tells me that even if some coaches or GMs are truly considering this, they don’t want to be at the front of the line. And if they do it, they don’t want others to know.

Sure, there’s the idea of a competitive edge. But because the idea when put into practice is a little silly, I’m not sure anyone’s eager to make fetch happen.

Revisions to opting out

But there are two other points that stood out to me. In the revised document agreed to Tuesday night, one of the high-risk activities that had previously been prohibited was removed. An earlier proposal would consider players attending an indoor church service above 25% capacity as a high-risk conduct that could lead to a fine and, with repeated conduct, possibly a suspension.

That part was removed in the signed document, though conduct like crowded bars and nightclubs and concerts remain. I figured this was in response to a (small) outcry from, let’s say, the ‘moral majority.’ A capitulation, if you will.

I was wrong. A league source told me the players wanted that portion removed, and the league obviously agreed.

Also tucked into the operational side letter between the league and union is a future COVID-related benefit for players. Essentially, any player in 2020 who didn’t opt out who then tested positive for the virus would be eligible for this benefit that would cover hospital costs should that player deal with long-term effects.

We’re still in the nascent stage of this virus, but we are already seeing top-tier athletes like Red Sox pitcher Eduardo Rodriguez deal with heart issues after a positive test. NFL players would have to sign a waiver releasing the league from liability in order to get this benefit, but the fund would help subsidize or fully cover associated medical bills in the future.

Alex Smith’s recovery from that gruesome 2018 leg injury is nothing short of remarkable. No hyperbole. The fact that this guy is still able to compete with the top 1% of athletes in the world today is hard to fathom.

Though Smith was cleared for football activities before training camp, the Washington Football Team placed him on the physically unable to perform list to start camp. That hasn’t stopped head coach Ron Rivera from praising Smith and keeping him in the conversation for the starting job with Dwayne Haskins.

But let’s pump the brakes here. As one team source told me this week, “I still think this is Dwayne’s team.”

Before Smith was cleared for football activities, I had been told Haskins was the guy. Smith’s progress has pleasantly surprised some within the organization, but I know the offensive staff was impressed with Haskins’ work in the offseason.

First of all, Rivera loves competition, so if he can fabricate some, he will. Secondly, this Washington organization cannot withstand the optics disaster of kicking to the curb the guy who gave his leg to the team. At every public turn Smith has to remain in the fold. And finally, Rivera is always glass-half-full when it comes to his players’ injuries. Sometimes his public optimism doesn’t match the private reality of the situation.

It’s the “best shape of my life” portion of NFL training camps as we in the media get our first chance to talk to guys returning from the offseason. Much was made of Ben Roethlisberger slimming down, but the transformation that sticks out to me is Giants second-year QB Daniel Jones.

Jones played last season at 220 pounds, and he spent weeks at Jet Performance Labs in the greater Charlotte area being trained by former Panthers assistant strength coach Jason Benguche. Jones is noticeably bigger this year, saying he’s weighing in between 228 and 229 pounds.

“I feel good I feel like I’m as strong as I’ve been and feel like I’m in good shape,” Jones said Thursday. “I wanted to get stronger, wanted to gain some weight and I think for what that does for every part of my game. I think standing in the pocket, running when I need to and then obviously throwing the ball as efficiently as I can, using my strength and my lower body. Each piece of that was part of the goal in my training.”

Jones took 38 sacks last season (ninth-most in the league) and lost 295 yards (fifth-most in the NFL). His 18 fumbles led all players last season. With Nate Solder opting out and some unknowns at both offensive tackle positions, that added strength should pay off when he’s faced with a pass rush that’s overwhelming the New York OL.