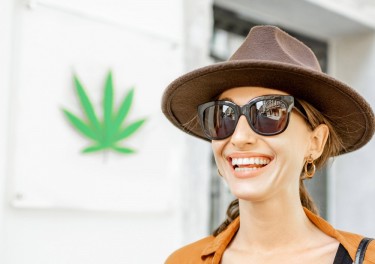 Of all the ‘illicit drugs’ many of us can mention off-hand, cannabis probably tops the list. The reason for this can be attributed to its immense popularity and wide availability when compared to other substance categorized as illegal.

Cannabis is a cosmopolitan plant that can be grown anywhere across the world. Its environment is also easy to regulate. Some growers grow it indoors and others outdoors. As a matter of fact, some people grow it in their bathroom, kitchen, balcony, and so on.

The medicinal purpose of the plant has made its demand over the past couple of years skyrocket with some patients travelling to areas where it is legal to use it for their ailments.

Cannabis Legality in the European market

Law enforcement agencies in Europe are well trained in detecting cannabis. There are dogs specially trained to aid them in this duty. According to the European Monitoring Centre for Drugs and Drug Addiction (EMCDDA), in 2014, cannabis accounted for about 57 percent of 1.6 million drug offences recorded in Europe.

In case you are considering sourcing cannabis from Europe, don’t fret, it is legal in most EU nations. However, it should be noted that there are limitations. In some regions it is only allowed for medicinal purposes, some countries go further by demanding that the tetrahydrocannabinol (THC) in the cannabis product must also be lower than 0.2 percent of the total content.

Tetrahydrocannabinol is the psychoactive component in cannabis and users of cannabis could become addictive to the compound. However, there are more than 120 chemical compounds present in cannabis, each with unique beneficial properties. They are generally referred to as cannabinoids. While they possess beneficial health effects, some critics claim that cannabis users may become addictive to THC. And this is the main reason why some European countries have a ban on the use and possession of cannabis.

On the other hand, cannabidiol (CBD) another component of cannabis is not psychoactive and it also offers numerous healing properties and health benefits. But, these nations turn a blind eye to this fact. Cannabis has been grown and used by human for hundreds of years. Its cultivation over time has been for fibre, oil and medical purposes. It was in 1961 that international law declared the cultivation of any plant of the genus Cannabis and future varieties illegal; and since then the majority of European countries have maintained the illegal status of the plant despite numerous studies showing the enormous benefits the plant offers.

Cannabis market in Europe was estimated at $3.5 billion in 2019 and expected to exponentially increase to $37 billion by 2027.

Although regarded as the most promising cannabis market in the world, hindrances remain. Cannabis legalization in most EU countries is somehow complicated. Even though international law does not prevent cannabis products from being used for medicinal purposes, some EU countries forbid it.

Countries like Bosnia and Herzegovina, Albania, Andorra, and Belgium do not permit its possession for any use. This total ban has increased the number of illicit producers in these areas. Albania for instance is one of the largest illicit producers of marijuana in Europe.

Likewise, most EU countries that allow cannabis use for medical purpose forbids its possession for personal use. However, it should be noted that despite the ban of cannabis for recreational use in these countries, over a third have decriminalized it. This means they do not support prison sentence as a penalty for cannabis possession, a significant positive step.

The high restrictions on the cultivation and possession of cannabis in European countries has significantly hindered supply. The available cannabis harvest is far below the market demand so users heavily depend on import from countries like Canada and North America.

Germany in its bid to increase the production of cannabis to meet its high market demand issued 13 licenses for companies interested in growing cannabis in its sovereignty. 10 of the 13 licenses were awarded to Canada-based companies, Aurora and Aphria. Why not German companies? Or better, why not companies from America? The reason for this is that the government of Germany mandated any company bidding must comply with the UN treaty of Single Convention on Narcotics and Dangerous Drugs. These companies have years of experiences growing cannabis in compliance with the treaty and also operates in a country where growing cannabis is fully legalized, not partially such as in the United States where legality varies from one state to another.

Things to consider before dealing with European Cannabis suppliers

Kindly note that suppliers in this context is regarded as someone who grows and/or market cannabis.

Do not be deceived by the fact that a European country legalized the cultivation of cannabis or its use for medical purposes. Inquire further if there are no other restrictions in place to avoid any trouble. European countries’ laws regarding cannabis can be confusing.

The Cannabis industry is fairly regulated, the only aspect strictly monitored is the need to comply with a certain percentage of THC constituent. Quality control in the cannabis world is a mess. Some of these suppliers may use pesticides during cultivation and such growing process will produce cannabis of low quality.

Before choosing a producer, ensure they farm in compliance with legal requirements and other growing standards. The use of proper extraction processes also contributes to quality.

Most European countries that legalize cannabis have a regulated supply model. Netherlands for example require people in search of cannabis to visit coffee shops. As of 2014, there were about 591 coffee shops in the country, one-third of them are located in Amsterdam. The coffeeshops are supplied by local and regulated growers.

Bulgaria in a similar development issued authorization for a company to market medical cannabis products in open markets.

Some cannabis suppliers in Europe

Some of the cannabis companies in Europe reputed for compliance with laws and growing standard include:

The key factor to consider when looking for a good cannabis supplier in Europe is credibility. Before deciding on a supplier conduct extensive research, read reviews from previous buyers. You can never be too careful! There are credible suppliers of cannabis in Europe, you just have to know how to identify the crooks and stay clear of them. 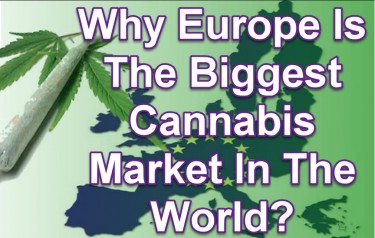 WHY EUROPE IS THE BIGGEST CANNABIS MARKET IN THE WORLD! 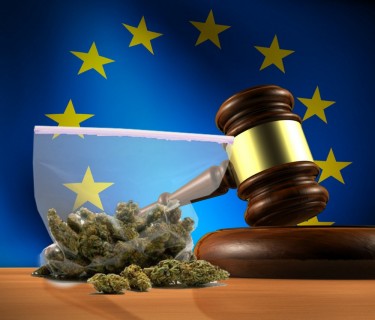 EUROPEAN CANANBIS LAW FIRMS -10 YOU NEED TO CHECK OUT!