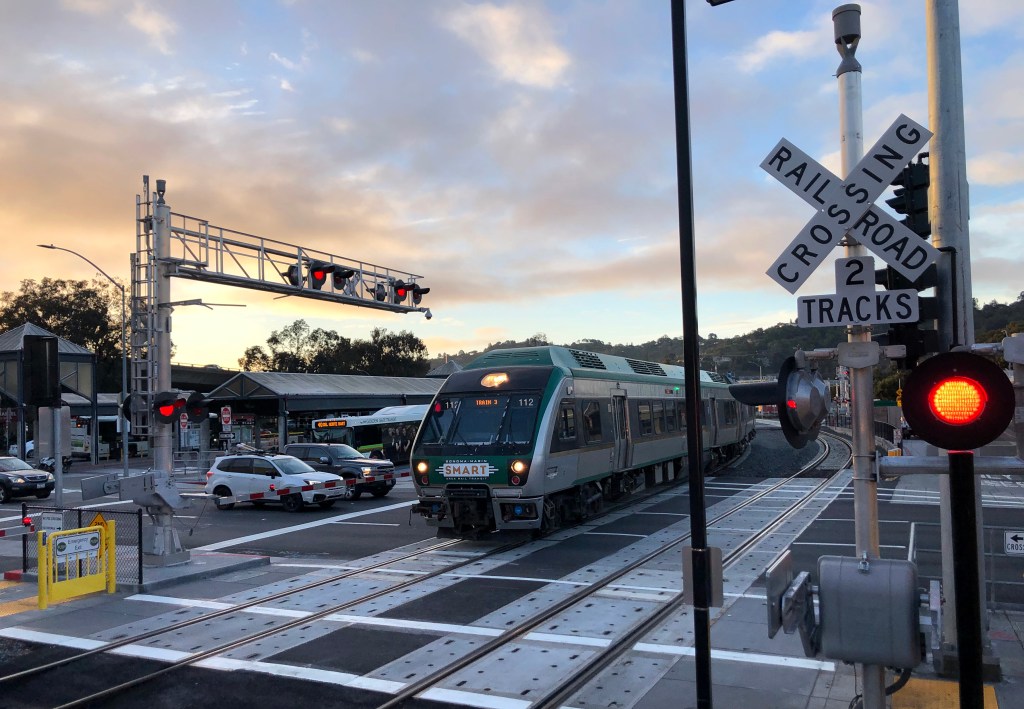 SMART financial staff expressed optimism that the transit agency can weather the economic downturn of the coronavirus pandemic after it reported better-than-anticipated savings and approved new cuts on Wednesday.

SMART chief financial officer Erin McGrath told the agency board of directors on Wednesday that invoices received in August showed the 2019-2020 fiscal year’s expenses were $10.3 million lower than was budgeted in June.

The news comes after McGrath reported earlier this month that SMART had received $6 million more in sales tax revenue than it had budgeted. Sales tax receipts showed SMART received $39.8 million from its quarter-cent sales tax in 2019-2020 compared to the $33.8 million it budgeted for.

“It’s nice to bring good news twice in a row after so many months of bad news,” McGrath told the board Wednesday.

This $10.3 million reduction in expenses came from savings in several areas including vacant positions, a reduction in overtime, lower fuel and maintenance costs and lower consulting and permitting fees, among others, McGrath said.

Additional savings are expected for 2020-2021 while SMART continues operating under its reduced emergency schedule of 16 daily weekday trips and no weekend trips, McGrath said.

As part of its 2020-2021 budget, the SMART board approved $7.2 million in cuts including eliminating 13 vacant positions, reducing weekday train service from 38 to 26 daily trips, removing onboard Wi-Fi service and other changes. No layoffs were approved or are being considered at this time, staff said, as a result of $15 million in federal stimulus funding that SMART received through the CARES Act.

A group of 48 higher-earning SMART staff also chose to forgo a 3% pay increase that took effect in July.

On Wednesday, the board voted unanimously to approve the elimination of two vacant engineer-conductor positions, which McGrath said will result in about $310,100 in annual savings.

The remaining 23 engineer-conductors on staff will be enough to run SMART’s new service schedule and weekend service when it resumes, McGrath said.

“Combined with the ongoing cost reductions approved in June we are very, very optimistic that we will successfully weather this pandemic that is unfortunately lasting a lot longer than any of us hoped,” McGrath said.

Board member and Golden Gate Bridge district board member Patty Garbarino described McGrath’s report on Wednesday as “uplifting,” stating that the cost savings “probably keeps the possibility of service interruption at bay and helps us to sustain our staffing level.”

The board is also expected to decide next month on actions to refinance its existing construction bonds, which McGrath said would reduce annual debt service payments by $1 million to $2 million annually.

SMART had hoped to cut its debt payments by significantly more through the passage of a 30-year sales tax extension through Measure I in March, but Marin and Sonoma voters struck the measure down.

“It’d be great had we been successful with Measure I to be refinancing at low rates and longer terms, but at least we’ll be able to refinance this debt at lower rates,” said board chairman and Novato City Councilman Eric Lucan.

SMART already had projected a $9 million operational deficit before the pandemic because of rising costs.

To cover a portion of projected losses in fare and sales tax revenues in 2019-2020, SMART used $7 million from its $17 million operations reserve fund. At the time, budget forecasts showed SMART’s operational reserve fund would shrink to nearly $6.7 million in 2021-22 and be depleted in 2022-23 unless more revenue is secured or cuts are made.

SMART’s sales tax revenues are expected to continue declining by 5.3% this fiscal year, with revenues not expected to return to normal levels for at least another two years, McGrath said.