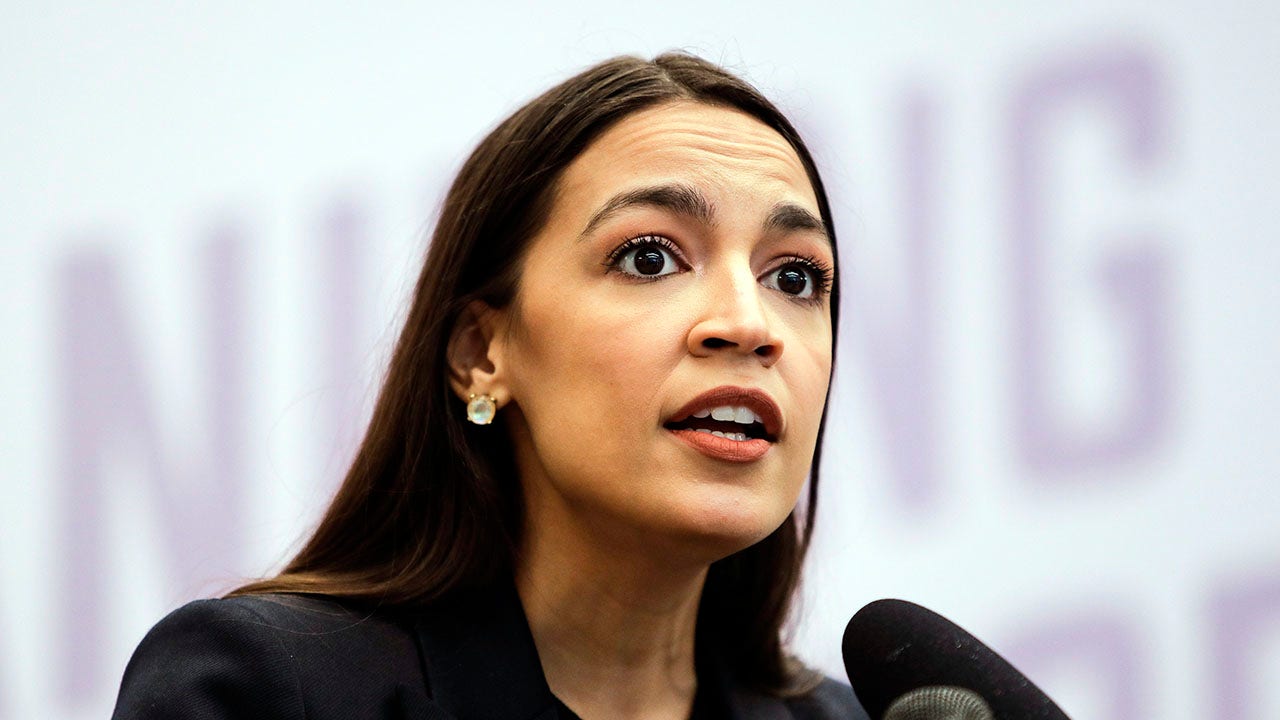 Rep. Alexandria Ocasio-Cortez was nominated for an Emmy for her film project “Art of the Green New Deal.”

“So… while 2020 is highly unpredictable, I *definitely* did not expect to be nominated for an Emmy Award for our Green New Deal project with @theintercept, @mollycrabapple, @NaomiAKlein & others,” the New York Democrat wrote on Twitter. “Rather shocked & very grateful.”

The seven-minute film, which was a collaboration with The Intercept, is narrated by Ocasio-Cortez and illustrated by Molly Crabapple.

“Set a couple of decades from now, it’s a flat-out rejection of the idea that a dystopian future is a forgone conclusion,” The Intercept article introducing the video states. “Instead, it offers a thought experiment: What if we decided not to drive off the climate cliff? What if we chose to radically change course and save both our habitat and ourselves?”

WHAT IS THE GREEN NEW DEAL? A LOOK AT THE ECONOMIC AND CLIMATE CONCEPT PUSHED BY PROGRESSIVES

The film was nominated under the News & Documentary category, along with The Rachel Maddow Show for its segment “Tiller and Beyond: Abortion Wars in Kansas,” “Equal Play” from the New York Times, Real America with Jorge Ramos for its “Detained by a Dictator” segment, and CNN’s New Day Weekend for “‘Infested,’ He Says.”

The Green New Deal is a massive economic overhaul spearheaded by a new of progressive lawmakers, including liberal firebrand Ocasio-Cortez.