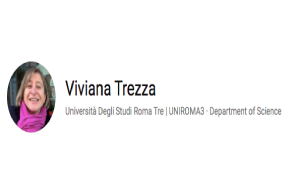 VANCOUVER, BC, Feb. 9, 2021 /CNW/ – Nova Mentis Life Science Corp. (CSE: NOVA) (FSE: HN3Q) (OTCPK: LIBFF) (“NOVA” or the “Company“) is pleased to announce that its proprietary drug psilocybin has been shipped to the laboratory of Dr. Viviana Trezza, Roma Tre University, Rome, Italy. NOVA was notified by its U.S. drug manufacturer that the required controlled substances export application had been approved by the U. S. Department of Justice Drug Enforcement Division (DEA).

The psilocybin will be evaluated in the ongoing prenatal valproic acid (VPA) model of autism spectrum disorder (ASD). In this model, which is well accepted by neuroscientists, pregnant rats are exposed to VPA and the resultant offspring have ASD behavioral symptoms (*Tartaglione, 2019). This animal model mimics the behavioral and social deficits seen in human ASD.

“Psychedelic research is currently undergoing a renaissance and we, at NOVA, are exuberant that the U.S. DEA has seen fit to approve the shipment of our proprietary psilocybin to Italy to be evaluated in ASD,” stated Marvin S. Hausman MD, Chairman, NOVA’s Scientific Advisory Board. “We look forward with great anticipation to be able to report that our drug ameliorated the social behavioral abnormalities in ASD. The therapeutic doses that will be established in the animal model will be extrapolated to a human study that is currently being designed.”

The shipped psilocybin, greater than 95 per cent purity, will be used to treat ASD offspring that have severe behavioral symptoms. This preclinical ASD diagnostic and treatment study began in January 2021 and fecal specimens are being collected to measure changes that occur in the microbial environment within the intestines of pregnant mothers and offspring after VPA exposure of the pregnant mothers.

A NOVA ASD Microbiome Diagnostic Index is being generated that will be potentially applicable to establish subsets of disorders to be treated with psychedelic compounds within the human spectrum called ASD. Animals with severe ASD behavioral symptoms are scheduled in the current study to undergo treatment with NOVA’s proprietary psilocybin. Comparisons will be made to control animals. The treatment phase will begin once ASD symptomatic pups have been weened away from the mother.

The study is designed to determine the efficacy of psilocybin in ASD and to establish therapeutic amounts of the drug to be used in an upcoming human trial. NOVA intends to file an Investigational New Drug (IND) application with U.S. and European regulatory agencies as soon as possible to begin Phase 1 human trials.

Nova Mentis Life Science Corp. is a Canadian based biotechnology company that is focused on the emerging field of psychedelic medicine. The Company aims to become a global leader in this field by integrating the latest state-of-the-art medical and scientific technology into its drug development program. The goal is to diagnose and treat debilitating chronic conditions that have unmet medical needs, such as Autism Spectrum Disorder (ASD).