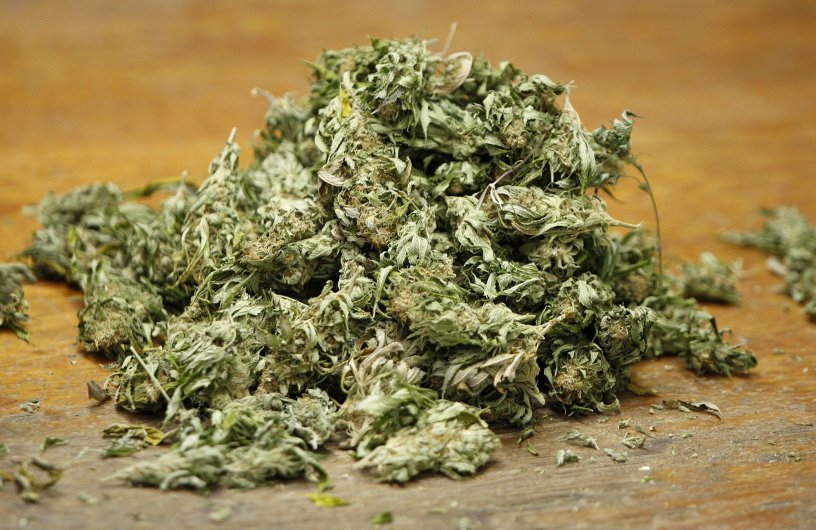 PACIFIC GROVE — Within days of elected officials in Pacific Grove green-lighting a retail cannabis store in the city, a notice of referendum has been filed that could take the hot-button issue to voters.

The City Council in the coastal community of 15,000 approved a city ordinance on Sept. 16 to permit one cannabis license to be issued. That was followed on Sept. 22 by the city issuing a request for applications for a single license.

Debby Beck, with the Debby Beck Real Estate Group in Pacific Grove, submitted the summary of the referendum on Sept. 21, which then went to City Attorney David Laredo who has 10 days to review and revise the summary, which has to be completed by Oct. 2.

On Friday, Laredo said any revisions would be for accuracy and that the only significant revision he foresees is to have Beck attach the ordinance to the referendum so voters can understand what it is they would be reversing.

Pacific Grove City Manager Ben Harvey said the city will continue to move forward and has announced that it is accepting applications for the retail cannabis license. The request for applications spells out specific requirements and buffer zones away from schools.

“We will be continuing with the process,” he said. “It would be premature not to.”

Pacific Grove City Clerk Sandra Kandell reported that the petition would require 10% of registered voters and that as of the last reporting period there were 10,455 voters, which would put the required number of signatures on Beck’s petition at roughly 1,045.

She said her paramount issue with the ordinance was where in the city the cannabis store would be allowed to open, and that it was pushed through without adequate time for voters and residents to participate in the process, public due diligence.

During both meetings, callers were overwhelmingly against passing the ordinance. During the Sept. 16 meeting, roughly 20 callers expressed opposition to the ordinance while only a couple of callers said they wanted to see a cannabis store in Pacific Grove.

“It was clear to me and the general public that four out of seven council members were not listening to the people,” Beck said in a statement. “At the last City Council meeting, 19 spoke in opposition and two in favor. The 19 speakers represented law enforcement, businesses and the education community, including three principals, the superintendent of schools and the president of the school board.”

The board of trustees for the Pacific Grove Unified School District that Beck referred to passed a resolution in early September opposing the cannabis store — technically opposing rescinding the old ordinance that outlawed any cannabis stores.

“The Board objects to the disregard for the health, safety and well-being of Pacific Grove citizens, especially students, during a pandemic. … The board calls upon the Pacific Grove City Council to reevaluate this decision, and, at the very least, delay the implementation until the people of Pacific Grove may vote upon its merits or until this pandemic is behind the community,” the resolution read.

Ralph Porras, the superintendent of the school district, elaborated on his and the board’s fears of the city’s decision in an email to The Herald. His first concern is that a cannabis store will increase the availability of marijuana.

“Access to drugs and the deleterious effects they already have on students throughout the nation, and especially in the Peninsula, is well documented and has had the attention of educators for many years,” he wrote. “The challenges to address these current problems are already very great and have a tremendous impact on the school community.”

Pacific Grove Mayor Bill Peake was one of three council members who voted against the ordinance allowing a license to be issued.

“The referendum demonstrates that the community may not be in agreement with the City Council,” Peake said.

Data from several sources indicate a dichotomy between city actions and voters’ wishes. In a first-of-its-kind study conducted several years after marijuana became legal for recreational use, The Monterey Herald’s sister paper, the San Jose Mercury News, and its partners found:

• Fewer than one in three California cities (144 out of 482) allow any kind of cannabis business to operate in their borders. And just 18 of the state’s 58 counties permit cannabis businesses in unincorporated areas.

That runs counter to a UC Berkeley Institute of Governmental Studies poll conducted for the Los Angeles Times. According to the poll, 68% of Californians say legalization has been a good thing for the state, an increase in support since 2016 when 57% of voters approved Proposition 64, which legalized growing, selling and possessing cannabis for recreational use.

Once the referendum summary is returned to Beck from the city attorney’s office, she will have 30 days to gather the signatures. The referendum will not be on the November ballot and it will be up to the Monterey County Elections Office to set a timeline. It could very well end up as a special election.

“This is a major item that needs to be decided by the people and not outgoing council members,” Beck said.