Nepal is preparing to negotiate the border dispute issue with India, Nepal is preparing to send its disputed map to the world fraternity. According to Nepal’s Ministry of Land Management, after publishing the new map of the country in English, it will be sent to the United Nations and Google. The new map shows about 335 kilometers of India’s terrain in Nepal.

Nepali map being translated into English

According to a report by Nepali Media My Republica, Nepali Department of Land Management Minister Padma Aryal said that we will soon hand over the revised map of the country to the international community, showing Kalapani, Lipu Lekh and Limpiyadhura as part of Nepal. For this, we are working to convert the words used in the map into English. He said that we can hand over the new map to the international world by mid-August.

Let us tell you that Nepal had introduced a new map in the cabinet on 20 May, in the midst of a border dispute with India. Which was approved by the Nepali Parliament House of Representatives on 13 June. It features Kalapani, Lipu Lekh and Limpiyadhura of India as part of Nepal. At the same time, India also handed over a diplomatic note to Nepal to oppose it. Apart from this, the Indian Ministry of External Affairs also described the new map of Nepal as tampering with historical facts. 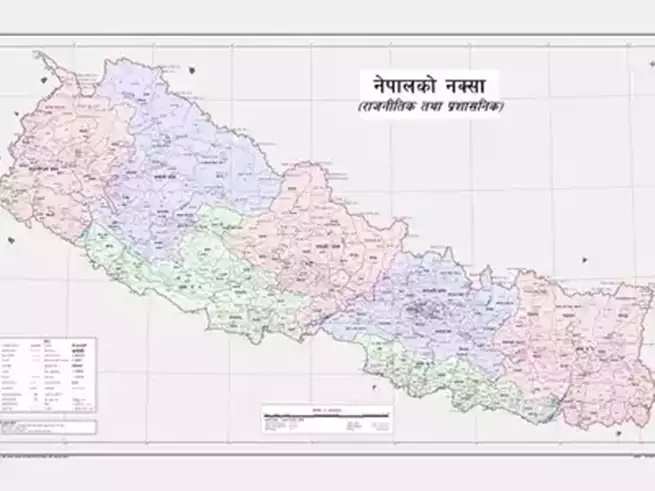 Nepal’s new maneuver, said – India is the most talked about leaving us

Information Officer of Nepalese Measurement Department Damodar Dhakal said that work is going on to publish 4000 copies of the new map of Nepal in English. A committee has also been formed for this. This department has already printed about 25000 copies of the map in Nepali. These are planned to be distributed within the country.

Nepal will review recruitment of Gurkhas in Indian Army

Nepal said – India is the most talked about leaving us

Nepali Foreign Minister Pradeep Kumar Gowali alleged in the media briefing that during the Corona era, India is negotiating with many countries including America, Australia and China, but not with us. He claimed that for this reason we had no choice but to publish a map of the country.

He claimed that when India published the 8th edition of its political map in November 2019, it included Kalapani, Lipulekh and Limpiyadhura of Nepal. Nepal, of course, opposed it through political statements and diplomatic notes. At that time we asked our Indian friends to formally initiate diplomatic negotiations to solve these problems. We also proposed possible dates but our proposal was not responded to in a timely manner.

Oli increasing tension at the behest of Chinese ambassador

Left in power in Nepal, increased proximity to China

In Nepal these days, the leftists dominate politics. The current Prime Minister KP Sharma is also a leftist and became the first Prime Minister in the year 2015 after adopting the Constitution in Nepal. He had the support of the leftist parties of Nepal. KP Sharma is known for his anti-India sentiments. Even after India’s blockade in 2015, he did not change the Nepali constitution and KP Sharma went into China’s lap to retaliate against India. The Nepal government struck a deal with China. Under this, China allowed Nepal to use its port.

Nepal has said right to infiltrate these areas of India

Every news of the country and the world and now on Telegram also. To join us click here And keep getting every necessary update.