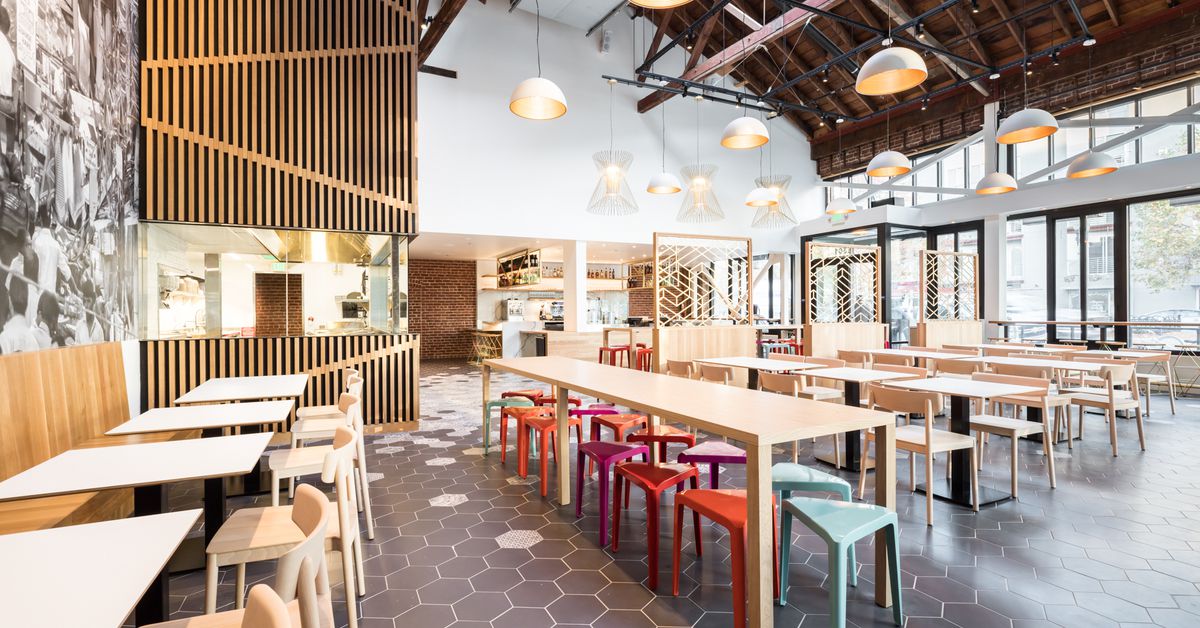 Upscale South Indian restaurant Dosa has operated locations in San Francisco for over 15 years, but that came to an end this week, the SF Chronicle was first to report. The pandemic was the final straw for the struggling company, which filed for bankruptcy in the fall of 2019. It’s now turning its attention to a ghost kitchen/delivery model, as well as its three-year-old fast-casual location in Oakland.

Things seemed rosy for Dosa at the end of 2017, when it opened Dosa by DOSA, a 3,600-square-foot, 112-seat restaurant and marketplace near 19th Street BART. With a full liquor license and service from breakfast through dinner, it seemed like an ideal complement to the company’s San Francisco locations, both of which were oft-packed, sit-down spots serving California-influenced Indian standbys like bondas with Dungeness crab, fresh uttapam, and — of course — a variety of dosas.

Less than two years later, Dosa closed its original location on Valencia Street. Speaking with Eater SF in September of 2019, co-owner Anjan Mitra said that a variety of factors ended the 15-year-old spot’s run: The restaurant’s rent had tripled since its first days in 2005, and labor costs continued to rise. “Rent doesn’t tell the whole story,” Mitra said at the time. “The rent’s an issue because you’re spending 45 percent on labor, as opposed to 35 percent…. When you have a neighborhood restaurant working on slim margins, there’s no give.”

By then, Dosa had spent some time investing in a new model, Mitra says, developing a line of retail offerings available at stockists like Whole Foods, and serving meals from satellite kitchens across the Bay Area, part of a partnership with Virtual Kitchen Co., a VC- backed company launched by a pair of former Uber execs.

In this model, Dosa’s food is prepared in a South San Francisco commissary kitchen, then is picked up by Virtual Kitchen Co. workers, who transport it to its own kitchens, where workers reheat meals then pass them off to delivery drivers from companies like Uber Eats, DoorDash, Postmates, and GrubHub. It’s one of the “things that has actually done OK,” Mitra says, though “it’s a fraction of what we were making” prior to the pandemic.

Despite this new revenue stream, in November of 2019, the company had reached a point where it was necessary to file for Chapter 11 bankruptcy. The hope, Anjan Mitra tells Eater SF, was that the filing might provide them some relief with creditors and allow them to get their business “back on track.”

“The [bankruptcy] happened as a result of an already fragile industry caused by onerous legislative issues and leadership that I raised when we closed Dosa on Valencia,” Mitra says. Labor costs continue to rise, he says, citing increases in minimum wage and health care mandates. “These are macro issues you’re trying to solve at the micro level,” Mitra tells Eater SF, with legislators “trying to make small businesses solve problems they can’t,” such as health care and the city’s high cost of living. “Raising minimum wage from $12 to $15 isn’t going to allow anyone to stay in San Francisco,” Mitra says, but he argues that the difference can erode a restaurant’s margin to the breaking point.

And that was before the pandemic, which has placed further burdens on the already struggling industry. “We definitely would not have closed so soon if it weren’t for COVID-19,” Mitra tells Eater SF about the its last San Francisco restaurant, which had been completely closed since the city’s shelter in place began. The high-ceilinged, glamorous spot opened in 2009, and its lease was up. “Given the uncertainty” of the pandemic, Mitra says, “there was no option to renew,” so the company had to let its Fillmore spot go, too. But, again, he says that “rent to me is kind of a red herring,” and that “if our health care and labor hadn’t gone up…there was just no room for us to move.”

The bankruptcy proceedings have given Dosa a little bit of breathing room, Mitra says, as it “released our debt.” And its Oakland location is still open for takeout, though Mitra says that that, too, is “touch and go.” “People are leaving already,” Mitra says, “and we’re getting a look at how things will be post-COVID. What happens when everyone looks around and sees that all the restaurants are gone? What will make them stay?”

“If the city,” Mitra says, speaking specifically about San Francisco, “really wants to save these neighborhoods, then they’ve got to support their local restaurants. Unless they relay the laws and help bring labor costs down, it’s going to be over. No one will stay.”