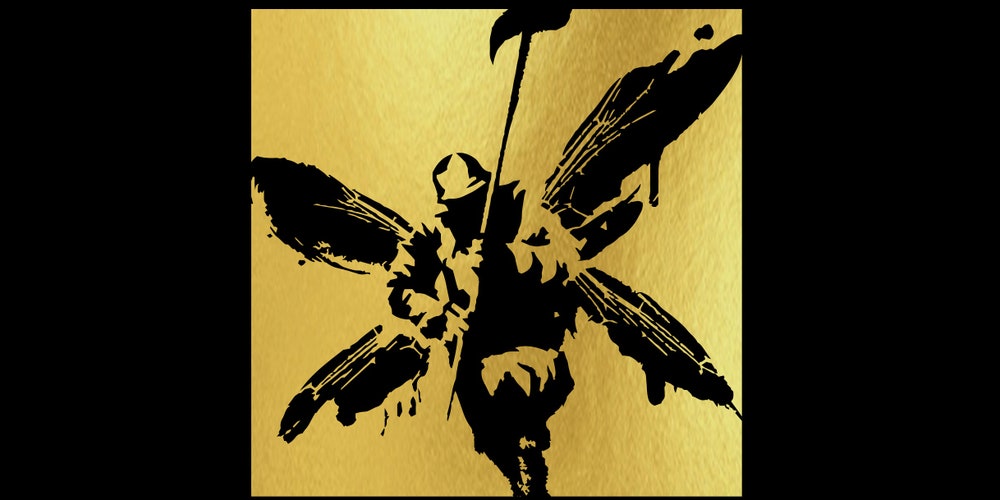 Chester Bennington was 41 years old when he lost the battle he spent life urging people to overcome. The defining characteristic of Linkin Park’s music was how accessible it made the tools to deal with trauma, an offering intended both for their fans and Bennington himself. His death in 2017 was by all accounts a shock: to the band, to his family, and to the legions across the world who treated him as an inspiration, not just for his power as a singer, but for his dignity in recovery and honesty in relapses. He worked through years of sexual abuse and drug addiction on stage, on record, and through community outreach. For those who witnessed Bennington buoyant and free on stage just weeks before he died, the burden of presence is hard to shake.

All of this weighs heavily on 2000’s Hybrid Theory, already the most popular heavy music of the 21st century. With global sales of 32 million—including 12 million in the U.S., a million of which has come in the past three years—Hybrid Theory is the highest-selling debut in any genre since 1988’s Appetite for Destruction. You’d assume being the only diamond-tinted rock album this side of the millennium might afford a smidgen of clout. Yet on lists of the best metal, hard rock, emo or straight-up rock, Hybrid Theory is often conspicuously absent, as if no axe-worshipping subtribe is willing to adopt it as their own.

Nu-metal would seem the obvious category, but even though Linkin Park were saddled with the tag at the time, it was an awkward fit. They knew the nu- was loaded: Their blend of rapping, screaming, and circuit-bending rendered them suspect to the double-denim dinosaurs of rock crit, so they built a street team on chatrooms and trained in on untapped admissions of despondency and failure. They sang about being filled with tension, feeling betrayed by the light, wishing for a way to disappear. In making themselves small, they became colossal.

Rather than re-re-evaluate the era in which they found fame, the 20th anniversary reissue of Hybrid Theory—featuring over 50 unreleased tracks, B-sides, remixes, live performances and rarities—encourages a closer examination of why this band went supernova. Today, it’s hard to look past the buddy act of Bennington and Mike Shinoda as the skeleton key that unlocked Linkin Park’s appeal for a wider spectrum of listeners. It almost didn’t happen. The group had been active for three years before the departure in 1999 of original singer Mark Wakefield (who went on to both manage Taproot and design the cover for System of a Down’s Toxicity). Even after Bennington was installed, Hybrid Theory’s demos show just how far they had to travel before arriving at anything resembling synergy. On early versions of “A Place for My Head” and “Points of Authority,” it seems as if Bennington and Shinoda are reading from different sheets entirely.

Once they found a comfortable nook within vein-popping catharsis, this duality became the heart of Linkin Park’s music. Bennington and Shinoda were clear-eyed in facing down topics of duplicity, control, psychological and physical abuse, and suicidal ideation at a time when few ventured that far. To anyone tucked under a duvet running their portable CD player hot, this was a revelation. The pair switched perspectives and laced verses through one another with guile, playing out a bracing dialogue between id and superego. Bennington was particularly adept at self-analysis, explaining how the tide of anxiety inside of him could retreat only to return as a crushing wave of depression, or watching the last remnants of serotonin circle his mind’s drain like black tap water.

Linkin Park were committed to making sure you knew their tastes lay beyond just riff-o-rama. The album was called Hybrid Theory for a reason (it would have been the group’s name too, if someone else hadn’t beaten them to it). Drummer Rob Bourdon grew up idolizing funk and R&B drummers. Guitarist Brad Delson and turntablist Joe Hahn shared a love of glitch, boom-bap and trip-hop, which is why “Cure for the Itch” only ever feels one crab-scratch away from dropping into DJ Shadow’s “Organ Donor.” When a friend’s dad chaperoned the 15-year-old Shinoda to see a joint Anthrax/Public Enemy bill, his mind was blown. Across Hybrid Theory’s sprawl of extra material, you can hear numerous attempts to recreate that nuclear fusion—be it 1999’s “Step Up”; the hit it later was sampled on, the X-Ecutioners’ “It’s Goin’ Down”; or Linkin Park’s 2002 remix album Reanimation, a spirited-if-clunky attempt to bring the vibe of RJD2 and Rage Against the Machine under one roof.

Few of the assembled extras eclipse Hybrid Theory’s strongest material—which is to say, everything up until the album’s final three songs. There are some winners on the box set, though. “She Couldn’t,” long withheld from public release due to an uncleared Mos Def sample, removes the band’s spiked exoskeleton to reveal the tenderness within. “Rhinestone,” which dates back to 1997, fares better than its evolved form “Forgotten,” the only track on Hybrid Theory that truly carries the septic taint of nu-metal. “Krwlng” rouses hidden emotion from “Crawling,” bassist Dave Farrell patiently winding cello and violin around a slower take on the original’s intro, the notes as icy as stalactites arrowing down into the mud. Trent Reznor might spit feathers at the comparison, but you could comfortably sub out “A Warm Place” on The Downward Spiral for the opening minutes of “Krwlng” and no one would blink. Like Reznor, Bennington paid the price for leaning so far into tortuous subject matter. “Crawling,” a presumed description of his teenage addiction to meth, often proved too upsetting to perform live without the help of the crowd.

Celebrating the 20th anniversary of Deftones’ White Pony earlier this year, Shinoda signalled how Hybrid Theory came to sound both lacerating and palatable enough for mainstream audiences: “Even though [Deftones’] guitars were super heavy, oftentimes they felt smooth like a keyboard, as if the distortion had flattened it so much it was just a wash of chords.” A proper recording process brought out the best in Linkin Park. Collaborating with the Dust Brothers resulted in the low-toned loops of “With You,” though it’s the dynamic shifts which are most striking on playback, the track’s center of gravity lurching so fast it feels like getting socked in the jaw. Skyscraping hooks on songs like “Runaway” and “Papercut” were a by-product of confrontational producer Don Gilmore, who told the group plainly that their cluttered, primitive tunes would be also-rans if they didn’t cough up some melodies for alternative radio. Sufficiently rattled, they retaliated by penning “One Step Closer,” though they probably didn’t envision that Gilmour would react to being told to “shut up” by leaping for joy. One shoot of synchronized headbanging later and the band were on their way to a level of MTV perma-rotation that didn’t abate for years.

And then there’s the crown jewel, “In the End.” Initially titled “Untitled” until D’Angelo’s version rocketed up the video charts, it is the clearest exposition of how the band’s songcraft set them apart from the pack. The glitched drum shuffle and moody piano that lead it off are as immediately recognizable as the nosebleed thrashing which announces “Master of Puppets.” For a song that telegraphs every move so obviously it starts with “it starts with,” “In the End” retains a rare capacity to thrill, even after 10,000 breakdowns-into-bellowed choruses and more late-night karaoke renditions than you might care to admit. Neither Shinoda’s low-risk, mid-reward flow, nor what Bennington would self-critique as “poor, poor me” bawling, would be nearly as captivating without the other one there to flank and fill the space.

Following the emergence of every Stroke, Stripe, and louche derivative, a convenient narrative set in. Indie rock had come down from on high and blasted away the musty dregs of post-grunge and nu-metal, just as grunge once vaporized the cartoonish shredders of hair metal. Linkin Park kept up their hit streak on 2003’s Meteora, particularly with the opening MPC hits of “Numb”—and, by extension, the monoculture moon shoot of JAY-Z team-up “Numb/Encore”—piercing through countless bar mitzvahs, graduation parties, and grocery store speakers. They flashed stadium-sized ambitions by taking one step closer to The Edge on “What I’ve Done,” and came full circle by soundtracking a Transformers film that felt blatantly indebted to the CGI battle fantasies Hahn directed as promo. Four albums in the 2010s treated their internal chemistry as something to be distilled and apportioned: industrial one cycle, electronica the next, synthpop the next.

Yet it is the five-single, international blockbuster Hybrid Theory that people return to time and again. It is here where all the band’s sharpest tendencies meshed and their less attractive aesthetic impulses were suppressed. Open discussion of mental health within pop, rock, rap, and every genre along the heavy axis has been normalized to a level unthinkable 20 years ago, for which Linkin Park—absent a frontman but now endeavoring to make new music together—deserve a significant amount of credit. Bennington stood tall for as long as possible until that wave washed over him. Hybrid Theory remains as a reassurance to keep holding on.

(Pitchfork earns a commission from purchases made through affiliate links on our site.)

Catch up every Saturday with 10 of our best-reviewed albums of the week. Sign up for the 10 to Hear newsletter here.