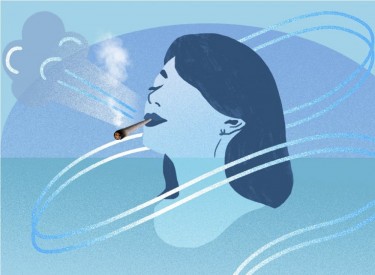 These are stressful times. Not only because we’re living in a global shutdown but over the past few years the rise of anxiety medication has dictated that people are more stressed out now than ever. While there has been a trend over the past few years, since the pandemic however we have seen a rise in these prescriptions.

Turns out that isolating people for months on end with mixed narratives about the dangers of viruses makes people anxious. Who would have guessed!

Here’s a snippet from a recent article in the Beckers Hospital Review to give you perspective;

The developers of Ginger, an app that provides video and chat-based mental health services, told the Journal that its psychiatrists wrote 86 percent more prescriptions for psychotropic drugs, primarily antidepressants, in March and April than in January and February.

Social isolation, health concerns and stress of job losses are all taking a toll on people’s mental health, according to the Journal. More than one-third of Americans said the pandemic is having a “serious impact” on their mental health in a survey conducted by the American Psychiatric Association.”– [Source]

As you can see, in the first quarter of the year we have seen a rise in these kinds of medications and I’m certain if we were to check today, the numbers would even be higher.

You can’t blame people for wanting to find some relief from the alienation of 2020 and the seemingly endless barrage of cataclysmic-esque events that relentlessly is punishing us for something we’re still not aware we’re doing wrong.

However – these meds, particularly the ones that are being prescribed at these alarming rates can lead to dependency issues and accidental overdoses.

If you’re currently feeling very anxious and considering taking prescription medicine for it – perhaps you can try the following recommendations first and if you still feel the need to be meditated – you can safely say you tried everything.

When it comes to anxiety, you want to have something that can help you over time, but also help with “spikes of anxiety”. Typically, people who suffer from anxiety issues tend to have the sympathetic nervous system very active.

For those who don’t know about the functions of the autonomic nervous system – the sympathetic nervous system is active when you enter into “Fight, Flight, Freeze and Fold” states of being.

Also considering that this state of the autonomic nervous system affects a large portion of your body.

“The sympathetic nervous system is responsible for regulating many homeostatic mechanisms in living organisms. Fibers from the SNS innervate tissues in almost every organ system and provide physiological regulation over diverse body processes including pupil diameter, gut motility (movement), and urinary output.”

Anxiety is caused when the SNS remains “on” and never switches back to the parasympathetic nervous system [rest/digest].

Fortunately, breathwork allows you to take manual control of your autonomic nervous system, which can force your body to go from “Fight/Flight” to “Rest/Digest” in a matter of minutes.

If you’re feeling anxious right now – stop reading now and do this activity before you continue reading.

Okay – now that you’re calm and collect, we can continue. See how after doing a quick breathwork activity you can change your state.

The reason I am writing this article is because my significant other has been struggling with anxiety issues for a while. She’s been medicated for well over a decade and even though she consumes cannabis on the regular – the issues with anxiety still was a cause of concern.

She didn’t want to continue to consume the medictions and so we both started a regimen to work on reducing her anxiety and medication intake.

It’s important to note that if you’re taking a lot of medication right now, you should consult your physician first because drastically abstaining from drugs can have an adverse reaction.

With Breathwork you’ll be conjuring up all sorts of emotional issues you think you have forgotten but are still lurking underneath the surface.

The way my wife used Breathwork and cannabis to reduce her meds was as follows.

Breathing away your pills!

The first step is to develop a regular breathwork schedule. At least once a day you’ll want to be doing some form of breathwork, whether a slow breathing exercise like the one we posted above, or something more intense like This Holistic Breath or do something like the Wim Hof Method or any other form of pranayama.

My wife finds that when she’s anxious – she prefers to do 4-5 rounds of the “Wim Hof Method” with breath holds for as long as she can stand, typically subsides her anxiety.

Another pro tip is breathing through the nose and breathing deeply. These are two factors many people aren’t aware of. Nose breathing is intrinsically a far superior way of breathing seeing that the air is heated up via the nasal cavity to be body temperature, plus it is filtered air via the nose hairs and let’s not forget the increase in nitric-oxide which can help kill viruses and other pathogens.

Couple this with diaphragmatic breathing [belly breathing] and you’ve already increased oxygen to all your vital organs, optimized your body’s stress response systems and as a result, lowered your stress and anxiety.

A holistic breathwork routine; mixing slow breathing and fast breathing can be a great means of controlling your anxiety and stress levels without using any substances.

Integrating Cannabis for the Home Run!

My wife admits, that even though the breathwork always decreases her anxiety, it sometimes isn’t ‘enough’ and that is when she reaches for a pipe hit or a joint. She takes the needed amount of puffs for her remaining anxiety to melt away and contemplates what triggered her to feel more anxious.

Consequently – she starts to work on these ‘triggers’ to either become more tolerant too them, or figure out how to transform it into something positive.

These anxiety triggers is your body’s way of letting you know that there is some sort of “perceived threat” and while it’s great to have these kinds of bio-mechanisms when you’re out in the wild – your looking debt won’t end your life.

When you learn to deal with the triggers, rely on natural methods like Breathwork and cannabis – you too can live without needing to consume a single pharma-solution during these trying times. 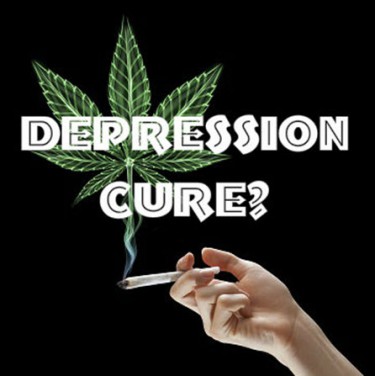 DOES MARIJUANA HELP WITH DEPRESSION AND ANXIETY? 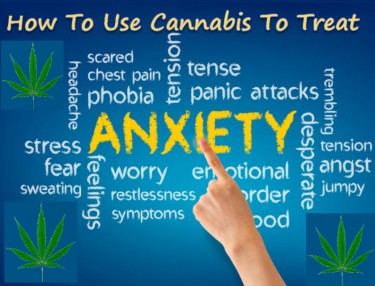