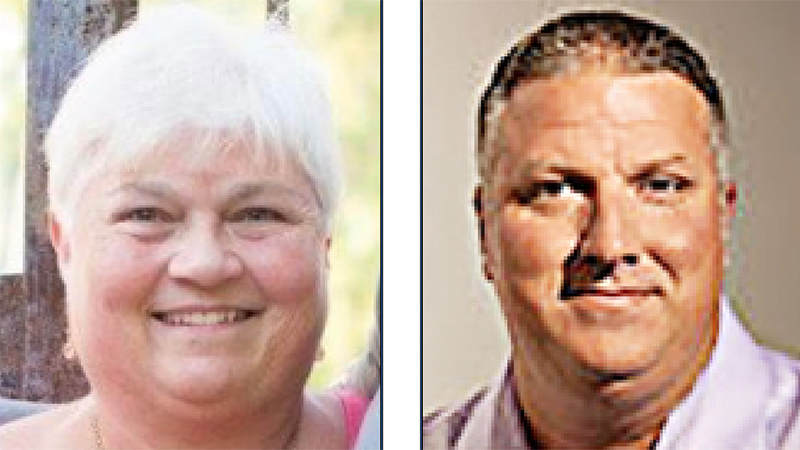 GROVES — Each candidate for the Groves mayor’s seat basically want the same thing for the city: betterment, positivity and to tackle the issue of streets, among other issues.

Here’s a look at the candidates:

Karen Theis, 56, is self-employed and owns The Courtyard Café. She has served on the city council for 12 years.

Theis is the Ward 2 councilwoman. Should she lose in the mayoral race, she will also lose her council seat because her term is up.

Two newcomers have filed for the Ward 2 position.

Her decision to run for mayor was made with much thought and even more prayer, Theis said, adding she wants to serve her community and move the city forward in a positive direction.

“I believe I can help create a better atmosphere for citizens to interact with council and administration to make a better working relationship,” Theis said.

One issue she feels needs to be addressed is the transparency of where the city stands financially. Knowing exactly where Groves is on its numbers allows the council to make educated and accurate decisions for the city, she said.

The second issue is streets and drainage.

“Knowing our financial ability to deal with this issue will allow us to explore other avenues of repairing our streets and drainage problems,” she said.

Chris Borne, 41, is an electrician and has served on the city council for two years. He has been on the IBEW LU 479 executive board for six years.

Borne is the Ward 1 councilman and should he lose the mayoral race he will maintain his council seat because his term is not up.

Should he win the mayoral spot, someone will be appointed to complete his unexpired term.

Borne was first appointed to the Ward 1 seat in December 2018 to serve the remainder of ousted Councilman Cross Coburn’s term. In 2019 he ran against Cindy Kreutzer and won the position on council.

Borne feels it is his time to step up and help the city move in the right direction.

He hopes to bring a positive attitude and a new perspective to rejuvenate the city, he answered when asked why he decided to run for mayor.

“We need to continue to repair our streets and make sure we are getting the best product for our money,” Borne said.

He also feels the city and chamber of commerce need to explore and exhaust all options to recruit new businesses and promote current businesses.

“These issues are linked together in a way that if we don’t repair our road structures, how can we hope to recruit businesses?” he said.