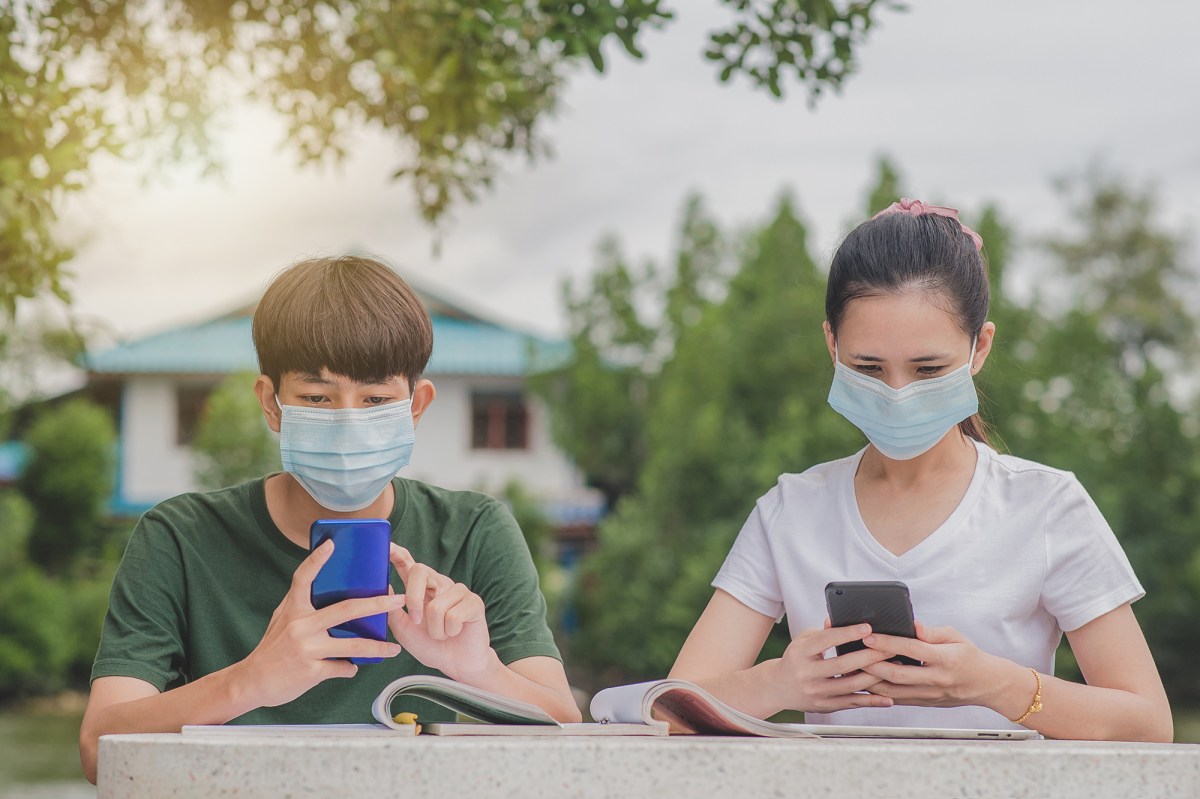 As COVID-19 situations go, mine is relatively blessed. My job has always been work-from-home. My husband has been working from home since March and is a huge help. My kids are mostly well-behaved and competent. Two of my kids go to ­in-person schooling two to three days a week, one of the better blended models. My other child’s school has a well-developed virtual-learning program.

We have alarms set all over the house, but we miss at least one virtual class a week. There is always a missing Zoom password or a Google Classroom that isn’t working. And the remote days are mostly busywork anyway.

Our sons go to the same school, but one starts 20 minutes later than the other and finishes 15 minutes earlier. It isn’t enough time to get home and back again, so every in-person day, one of us ends up spending 35 minutes standing outside the school building with a 4-year-old, forcing him to keep his mask on and not get too close to others.

My husband and I somehow still like each other after spending ­every day of the last seven months together, but we aren’t immune from yelling, “I have to work!” at each other when the stress gets to be too much.

“Go easy on yourself,” people tell me. But I can’t. Being a parent means protecting and caring for your children. I see them floundering, and it doesn’t make it better that it’s happening to all the kids around us, too.

We considered distant private schools for our youngest. But we decided against it, after all. For one thing, three kids at three different schools might kill me. For another, at age 4, social interaction matters the most. We want him to have friends in his neighborhood, to walk the few blocks to his school together with his brother.

Beyond that, we have no faith that Mayor Bill de Blasio and Gov. Andrew Cuomo won’t close private schools as cruelly, arbitrarily and irrationally as they close public ones.

And that’s exactly what happened last week, when Hizzoner asked the state to close schools, both public and private, in ZIP codes with slightly elevated COVID-19 positive rates, starting Wednesday. Cuomo, who takes a sadist’s pleasure in putting the mayor in his place, responded by ordering schools closed Tuesday.

Cuomo also introduced a very complicated color-coding system for neighborhood closures that mostly aligned with the mayor’s ZIP codes. Schools in the red and orange zones would be closed for 14 days, while the yellows could remain open if they hadn’t been closed earlier. Or something. It’s all insanely convoluted.

Parents are aghast. The schools hadn’t had cases, yet our leaders were punishing the kids because the neighborhood has an elevated positive rate. Never mind that positive cases don’t necessarily translate to hospitalizations, deaths or overwhelmed health systems — what lockdowns are supposed to tame.

I know I’m not the only parent thinking about pausing my career indefinitely because our schools are such a disaster. What will it mean for the productivity of an already-hurting city if a large number of people need to stop working to educate their kids?

Countries around the world led with school reopenings, and the rest of their economies followed. Even when they ponder new lockdowns, other countries exclude schools. The virus, after all, poses a minuscule risk to children, who also transmit it at a much lower rate than do adults.

In September, British Prime Minister Boris Johnson said that “schools should be the very last bit of society that we want to close down again.”

Not us. Our hapless leaders close schools first and figure out why later. Kids are adrift. Parents are faced with unthinkable choices. It’s breaking us.