Kole Milner, the 29-year-old man accused in federal court of selling psychedelic mushrooms in Denver, Colorado, will not receive jail time. In September 2019, agents with the Drug Enforcement Administration executed a search warrant on Milner’s apartment, the first mushroom-related drug bust of note to occur just four months after the city of Denver voted by ballot initiative to decriminalize personal possession, use and growth of psilocybin for personal use, becoming the first city in the United States to do so.

In September, 2020 Milner pleaded guilty to one count of possession with intent to distribute psilocybin, the active ingredient in psychedelic mushrooms. This week Judge R. Brooke Jackson of the U.S. District Court of Colorado decided against jail time for Milner, instead sentencing him to three years of probation and a $5,500 fine. 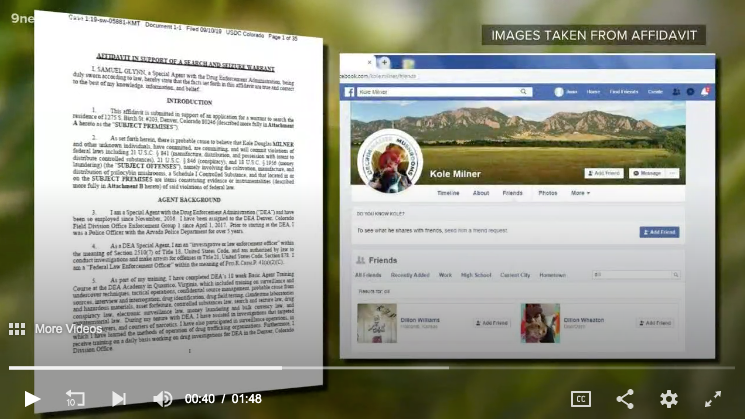 “I don’t think putting this guy in prison for six months is going to accomplish much in terms of deterrence or that it will benefit the community in terms of safety or that it will provide any kind of benefit for the defendant,” Brooke Jackson said at Milner’s February 1 sentencing hearing.

Does a federal sentence of probation and a relatively modest fine of $5,500 spell the end of federal enforcement of Schedule 1 drug in Colorado? Sean McAllister, an attorney in Colorado and California who served as general counsel to the Decriminalize Denver campaign, says Milner’s sentence is “far from a ‘get out of jail free’ card.”

“Distribution is illegal, has always been illegal, continues to be illegal,” says McAllister, adding, “Even sharing with friends has risks, even for no money. [That’s] still a felony at the state level.”

Milner now has a felony on his record permanently.

Westword reported that U.S. Attorney Jason Dunn said in response to the sentencing: “While we are disappointed that the sentence did not include prison time, we are pleased that his drug operation is shut down, that he will now have a federal felony conviction on his record, and perhaps most importantly, that the public sees we take drug trafficking of any kind seriously and will prosecute such cases fully.”

Since decriminalization passed, the city of Denver has prosecuted 35 cases related to distribution and possession of psilocybin, says McAllister, who advocates for expanding decriminalization in Denver “to things like sharing for no money.”

“I think that was an oversight in the initiative. It should have been included and voters would have passed it,” McAllister says.

DEA agents tracked down Milner through news articles, social media and a public database through which they linked him to an anonymous source openly discussing selling $2 thousand worth of mushrooms in a handful of media stories released around the time Denver decriminalized psilocybin