CBD as a Potential Treatment for Anxiety. In this article on CBD for anxiety disorders, we refer to a paper by The National Center for Biotechnology Information (ncbi.nlm.nih.gov) of October 2015. These studies are related to CBD, which has been of increased interest in the treatment of neuropsychiatric disorders for several years. First of all, to find out what potential CBD has for treating anxiety disorders.

It has been found that there is strong pre-clinical evidence that CBD is effective as a treatment for generalized anxiety, social anxiety disorder, panic disorder and post traumatic stress disorder. However, the studies are currently limited almost to an acute dosage of CBD and not to a chronic CBD dosage. However, human studies of acute CBD dosing have identified the anxiolytic role of CBD. Overall, CBD shows immense potential in the treatment of all forms of anxiety disorders. What exactly lies behind these studies and what is the first insight into the mode of action of CBD in anxiety disorders, read in the following lines.

Introduction: CBD as a possible treatment of anxiety disorders

Each of us goes through moments charged with anxiety, fear, and stress. But, in some cases, anxiety can turn into a disturbing factor that significantly affects the quality of life. So, if some people can recover, after a while, from an episode of anxiety, others are not doing that great.

What does it mean to suffer from anxiety disorders? First of all, an anxiety disorder is a mental illness, so its implications on the human brain are more than just not being able to manage a negative emotion.

A person that suffers from an anxiety disorder will live in constant fear that things will go wrong. Continuously worrying and fabricating negative scenarios. This can literally drain you of energy and will severely affect the way you are living your life. It’s like anxiety takes over their lives and there’s nothing one can do to stop it from running everything.

What are the signs of an anxiety disorder?

As much as this sounds like a disabling disease, it is possible, with the right treatment, to keep anxiety disorders in control and have a life that is as normal as possible. How to identify an anxiety disorder?

There are many symptoms that come along. So an anxiety disorder can take many shapes and forms in the head of a person. Panic attacks are one of the symptoms and they can become rather dangerous as they can lead to heart attacks in case they are very intense.

This means sweating, having an elevated heart rate, palpitations, and even the sensation of choking due to fear and panic. Anxiety disorders can also mean a wide range of phobias, such as social phobia. The fear of being near people, or any kind of phobias, as they are all triggered by being afraid of something.

No matter how you put it, living in constant fear, worries, and panic will trigger a set of consequences. Which will affect the quality of your sleep, state of calmness, the ability to control your emotion and to have, all in all, a normal life and normal social relationships.

What are the best treatments for anxiety disorders? 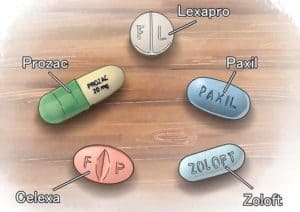 If you suspect that you may be suffering from anxiety disorders or you believe that someone you know has this type of disorder, it is strongly advised to seek professional help before the condition aggravates and completely paralyzes your life.

Therapy is one way to learn how to control your fears and worries. But a doctor can also prescribe a variety of drugs depending on the severity of the condition. Lexapro, Prozac, Xanax, Valium, and Klonopin are on the list.

As it is easy to tell, all of these drugs will calm one down, but they also come with a very long list of risks and side-effects. For example, it is well-known that some of these drugs can trigger severe addiction problems. Especially when used in long term.

And considering that there’s no cure for anxiety disorders, just treatment that will help restrain the symptoms, it is easy to tell that patients are facing real problems. This is where CBD steps in.

CBD as the better (natural) alternative for anxiety?

CBD or cannabidiol is a natural substance extracted from the cannabis that comes with no dangerous side-effects or risks.

The potential of CBD discovered recently by the scientific and medical world. Concerning its ability to fight against a wide range of conditions, is incredible and it only backs up what very many people already discovered, on their own, about CBD.

And that is the ability to enjoy a better life without feeling pain, discomfort, stress, anxiety, and any other symptom your condition may be triggering.

Click Bottle above to see our line of
CBD Oils to help fight anxiety.

What is the role of CBD in treating anxiety disorders?

It is a treatment that is easy to tolerate by people of any age, due to its vegetal origins. It is safe as no risks are involved. And the dose of CBD can be adjusted according to the needs of the patient.

Practically, CBD can be administered at need without any chances of leading to addiction or causing any dangerous side-effects.

How come that CBD works so well?

In numerous occasions it was proven that CBD has anti-anxiety effects on the human brain. Giving people the chance to relax and calm down, but without causing drowsiness or affecting one’s ability to focus.

So, anyone looking to turn down anxiety, stress, panic disorders, and any other kind of emotional and mental problem, can benefit from the mode of action of CBD.

CBD Gummies can help get a good night sleep and may help lower anxiety day by day. Click image below to see our CBD Gummies:

How does CBD work in Anxiety, more precisely?

At the moment, the effects of CBD on the brain are studied on animal models, although the current findings indicate that CBD is very promising in becoming a successful treatment for humans as well.

The way CBD acts within the brain is very complex and scientists haven’t managed to fully decipher the entire mechanism. But the conclusions they reached will definitely make them want to know more and unroll other studies as well.

Still, how does CBD work in the case of anxiety? 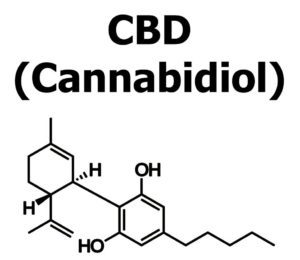 There are some findings that suggest the fact that targeting the serotonin system of the brain is an effective way to manage depression and anxiety.

This is why Prozac was created, as it is a drug that prevents serotonin from being re-absorbed into the brain.

When the brain is not receiving its dose of serotonin, it will begin releasing an increased number of serotonin signals. Which will induce a state of calmness by reducing anxiety and even improving the overall mood.

Thus, just as this type of substance works, CBD will also improve one’s state of mind by increasing signaling in the brain with the help of serotonin receptors.

In fact, a study unrolled on animal models showed that CBD can work faster than Prozac, for instance. The study discovered that CBD targets the 5-HT1A agonist. Which is a subtype of serotonin receptor. Significantly improving the transmission power of this receptor with almost immediate effects on serotonin levels in the brain.

This means that CBD treatment has a potential of becoming just a better treatment for anxiety disorders. But also a more effective and fast-working one as well.

Thus, according to the specialists that participated in this study, CBD could solve the current limitations presented by the available anxiety disorder medication.

But CBD does much more than this 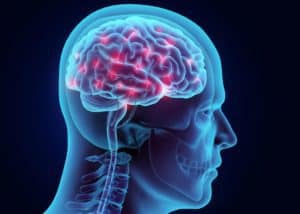 The brain is split into several major regions, each of them playing an important role in how the entire organ functions.

Thus, the hippocampus is one of these areas, responsible for cognition and memory.

As it was discovered people suffering from anxiety disorders also present a small hippocampus area in their brain.

Due to this reason, a successful treatment in case of anxiety is the one that triggers the formation of new neurons within the hippocampus.

Besides this, it is worth mentioning that in case the neurons get too affected without the ability of the hippocampus to generate new ones can lead to the appearance of a suicidal behavior in time.

There are also studies on humans

There are groups of researchers around the world that managed to conduct small studies on humans as well. With the purpose of seeing how CBD can contribute to diminishing the symptoms created by anxiety disorders.

Considering that there are no severe risks associated with the administration of CBD. The subjects of such studies did not face any kind of dangers.

What was the result of such a study?

After the CBD provided by the researchers was consumed, the participants showed a consistent decrease in their level of anxiety. It is worth mentioning that they were all suffering from a generalized social anxiety. The results were proven with the help of brain scans. Which showed patterns of cerebral blood flow that is associated with anti-anxiety effects.

Another study showed that CBD can help even in the case of anxiety induced by various situations. Such as the need to perform a public speech. In this case, participants showed a significant reduction of anxiety and were able to go on with their public speech while presenting low blood pressure and heart rate.

So, there is more than sufficient evidence that CBD can soon become a treatment for anxiety disorders. And help many people live a much-improved life.

While the scientific world states that more studies are needed, those that decided to give CBD a change are already living the benefits of this risk-free treatment. With an adequate dose of CBD, the unwanted symptoms generated by anxiety disorders can be a matter of the past.

How can CBD help you with:What could also interest you: