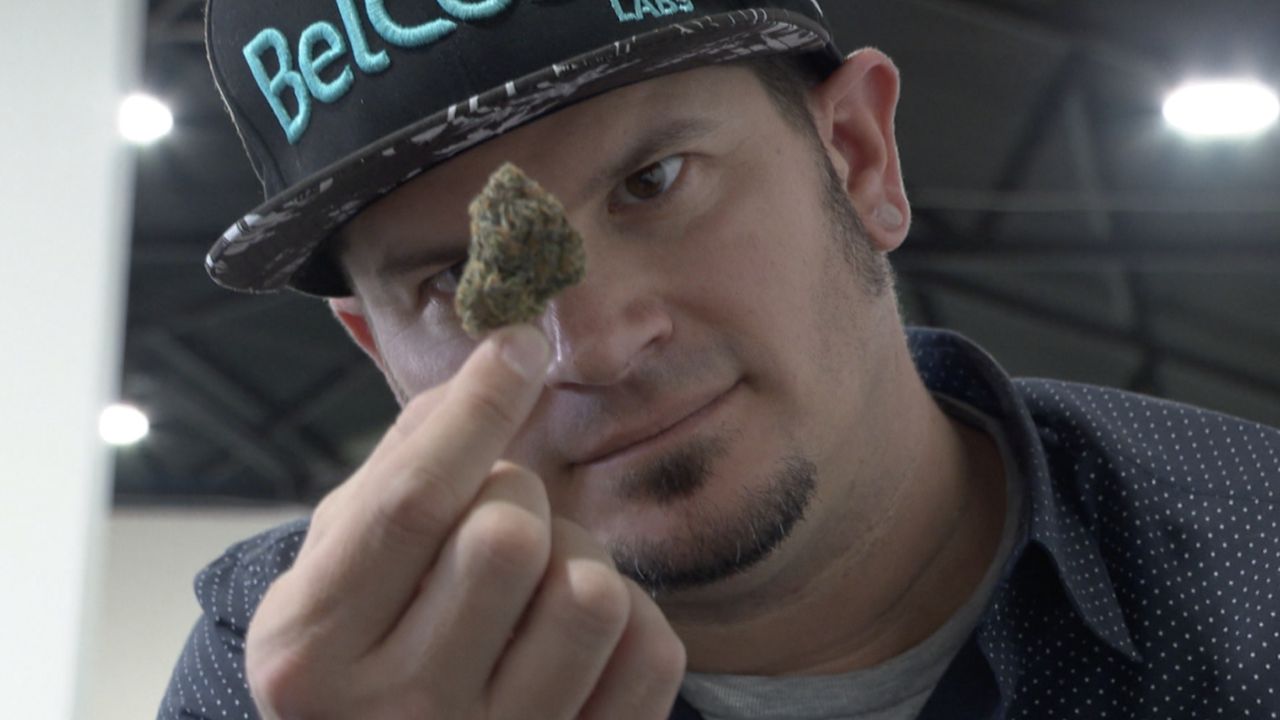 LONG BEACH, Calif. – California’s legal cannabis industry has been blooming for years but the way Nate Winokur sees it, there is still so much more to learn about the plant.

What You Need To Know

“Really, we’ve had very little time, less than 30 years to fully evaluate how this plant and these chemicals interact with our bodies,” Winokur said. He has spent two decades working in the cannabis industry. He’s a member of the Long Beach Collective Association and he also helped launch BelCosta Labs, which tests marijuana.

Winokur learned about the ins and outs of the cannabis industry on his own. There is no formal education offered but there are a lot of regulations businesses must follow. “For instance, in a laboratory where I work, there are a lot of very strict requirements for who can work in what position depending on what levels of education and work experience that they have,” he said.

Every step from cultivation to distribution to sales requires various licenses from the state of California according to Winokur. So when he was asked to help teach a comprehensive course on cannabis at Long Beach City College this September, Winokur didn’t hesitate.

LBCC worked with the Long Beach Collective Association to develop the eight-week, 40-hour course, which piqued a lot of interest and filled up in less than one-and-a-half hours according to Dr. Kathy Scott, LBCC’s Executive Vice President of Academic Affairs. She says Board of Trustees Vice President Uduak-Joe Ntuk brought up the idea for the course along with local cannabis industry leaders.

“We also scheduled two more classes – one for January and one for April and that still won’t fill the need,” Scott said. Once all 42 spots in the class filled up, hundreds of people signed up for a list to be notified about the two courses next year.

Although there was an overwhelming response to the course, Scott said it doesn’t necessarily mean a class offering on the industry is overdue. “Cannabis has been legal for medicinal purposes in California for many years but it was only in 2016 that it was legalized for recreational use,” Scott said. “People had to think about what type of industries would be developed in the Long Beach area, the dispensaries, distribution networks and so it takes a while.”

The course, which will take place remotely, is aimed at those pursuing a career in the cannabis industry whether it’s starting a business or learning what positions are available in various parts of the industry. Each week, teachers will cover a topic such as history of cannabis and distribution. Winokur will teach retail and lab testing.

“I love teaching,” he said. “I love having the opportunity to go in there and answer questions and collectively bring up a whole group of students’ knowledge. That’s an amazing feeling and I can’t get enough of it.”