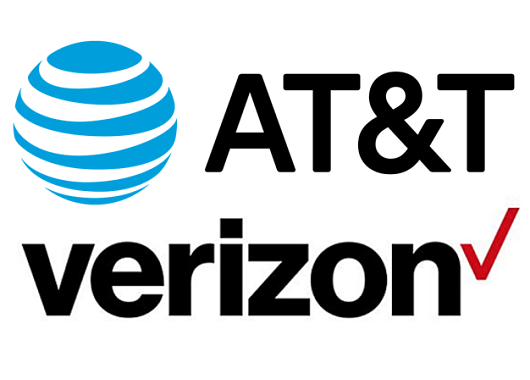 AT&T Mobility and Verizon Wireless have won two important wireless tests. Global Wireless Solutions, or GWS, said AT&T had the “Best Network” among AT&T, Verizon, T-Mobile and Sprint. And both Verizon and AT&T have virtually tied the RootMetrics study.

This was the third annual national GWS test, and AT&T has won all three years. Verizon, T-Mobile and Sprint have shown improvements as well. So, even though AT&T was first, these results were good for the entire industry.

GWS conducted a nationwide drive test and consumer survey for carriers. It registered what they think about wireless service. It measures actual performance and customer attitudes about wireless and each carrier.

84 percent of those surveyed said their wireless carrier was meeting their communications needs either “always” or “most of the time.”

This is more important today because of COVID-19 when we are all using and relying upon wireless for personal and business use more intensely than ever before.

Networks have continued to improve, year after year. GWS has measured this in the last three years.

This shows while carriers show a definite improvement, AT&T has a big lead over Verizon and T-Mobile. This test was recently done in June and July this year.

On the stress tests, AT&T had the fastest throughput and was also the best in data reliability. The company also won best video user experience.

Verizon had the fastest download for small files. AT&T was fastest for large downloaded files.

Verizon was fastest with pre-call set up times and also had the lowest number of dropped calls.

AT&T was best in voice quality.

RootMetrics is the other test. It used 5G devices on both 4G and 5G networks. In these tests both Verizon and AT&T ran even in virtually all areas.

The only differences were Verizon had slightly better performance, and AT&T was faster.

This was the first 5G test in the areas where it was available. Expect the next version of all wireless tests to include 5G going forward.

AT&T had the fastest US aggregate median download speed.

The findings from these two tests were very enlightening. They helped to clear away some of the fog of confusion created by marketing departments of different wireless carriers.

Clear away fog of confusion in wireless industry

T-Mobile has been recently claiming it is ahead of AT&T Mobility and Verizon Wireless, but these results clearly show that is not the case.

I admire T-Mobile’s ability to recover from a near death experience several years ago, and I want the company to continue to recover and to grow. And while I am happy it acquired Sprint, nevertheless the company has not yet ranked one or two in any of these tests.

That honor still goes to AT&T and Verizon.

AT&T is expanding beyond wireless and telecom into entertainment and news with AT&T TV, Warner Brothers Studio, WarnerMedia, CNN and more. This is a similar direction to what Comcast Xfinity is doing with its acquisition of NBC Universal.

Verizon tried to grow by acquiring Yahoo and AOL, and even though they were not successful, I expect the company to continue looking for new growth directions.

T-Mobile is initially sticking to wireless. It still has a way to go as it continues on this singular path. At some point, when growth in wireless slows, T-Mobile will have to reach out in new directions as well.

So, yesterday all wireless carriers headed in the same direction.

Looking forward, AT&T, Verizon and T-Mobile may be heading in different growth directions. This will make it more difficult to compare them to each other.

We are still in the very early years of this next, great wireless transformation. So, we should expect plenty of excitement, growth and change whether you are an investor, worker or customer. Just stay alert, and I’ll do my best to guide you.

DISCLOSURE:
The views and opinions expressed in this article are those of the authors, and do not necessarily represent the views of equities.com. Readers should not consider statements made by the author as formal recommendations and should consult their financial advisor before making any investment decisions. To read our full disclosure, please go to: http://www.equities.com/disclaimer. The author of this article, or a firm that employs the author, is a holder of the following securities mentioned in this article : None

I’m sorry, but in order to complete what you’re trying to do, you must be logged in.