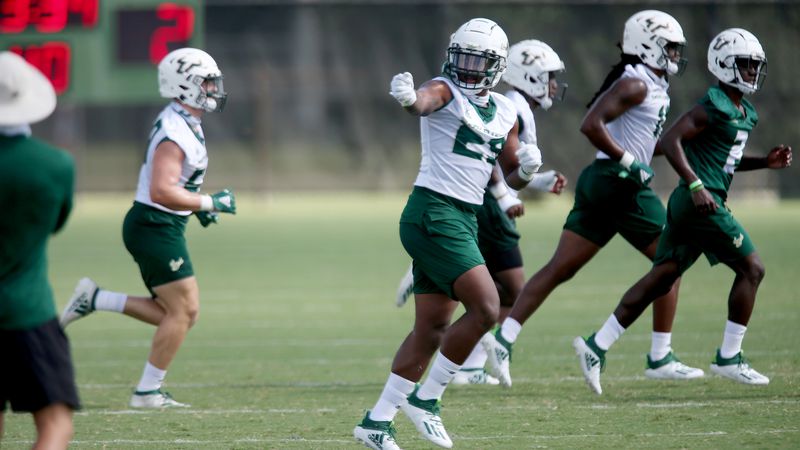 Amid ominous national reports of the 2020 college football season’s potential demise or delay, a growing number of USF players were pushing back Sunday evening.

Among the Bulls chiming in: cornerback KJ Sails, quarterback Jordan McCloud and center Brad Cecil, with a number of other USF players re-tweeting one or more of those teammates.

Several media outlets were reporting Sunday that Big Ten presidents appear on the cusp of canceling their league’s season due to ongoing COVID-19 concerns, with other Power Five and Group of Five conferences set to meet in coming days to determine the season’s trajectory.

“It’s gotten to a critical stage,” one unnamed Power Five commissioner told Sports Illustrated. “I think all of us will be meeting with our boards in the coming days. We have work to do that is no fun.”

New Bulls coach Jeff Scott said two of his players, defensive tackle John Waller and receiver Jernard Phillips, have opted out of the 2020 season due to the COVID-19 threat. Scott said both have his support and remain in good standing with the program.

“I just wanted to make sure it’s just me as a first-year coach all excited. They said, ‘No coach, we want to play.’ But obviously they have concerns and they want to be educated on all the protocols.

Idk about everybody else, but we wanna play‼️@USFFootball #US2F #WEWANTTOPLAY

“But I think we’ve been very fortunate with USF Health in our backyard, to really be able to stay on top of all the things going on and let our guys know that we’re gonna do everything we can to keep them healthy and safe.”